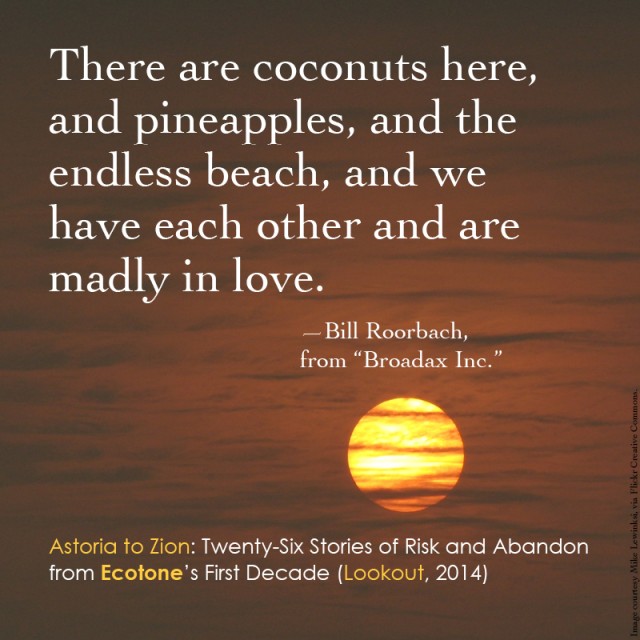 Define bad. Define okay. Define trouble. Define sad. It’s easy to offer dictionary definitions, but when it comes to personal interactions, things are not always so clear cut. As a writer and reader, I’m interested in what motivates people, how behaviors are formed, and just why we do what we do. Marisa Silver’s “Leap” is an intimate character examination that explores how an experience shapes and defines a woman’s life. We’re offered a non-judgmental, introspective view of the oil spill that is human emotion. We see how it shifts and changes, sinks and grows, affecting every aspect of self. Silver treats her characters with care and sympathy in such a way that we understand even the most questionable patterns of thought.

I was introduced to “Leap” when reading for Lookout’s upcoming anthology Astoria to Zion: Twenty-Six Stories of Risk and Abandon from Ecotone’s First Decade. Once I finished the story, I understood why it was included not only in this anthology, but in Ecotone’s fifth anniversary edition as well. The characters dwell in an emotional ecotone, where variant and even conflicting states overlap and exist in spite of one another.

The story opens with Sheila as a young girl, selling lemonade at a stand with her sister and two friends. They’re approached by a man holding a wrinkled bag. We immediately understand that his intentions are anything but genuine. While Sheila feels in her body that something is wrong, the event leaves her with a heightened sense of self-awareness. “Suddenly, she felt beautiful and much older than she had ten minutes earlier. She was certain of it … She would never tell her parents that for the first time she had been taken seriously.” From an early age, Sheila’s idea of desire is entangled with risk. 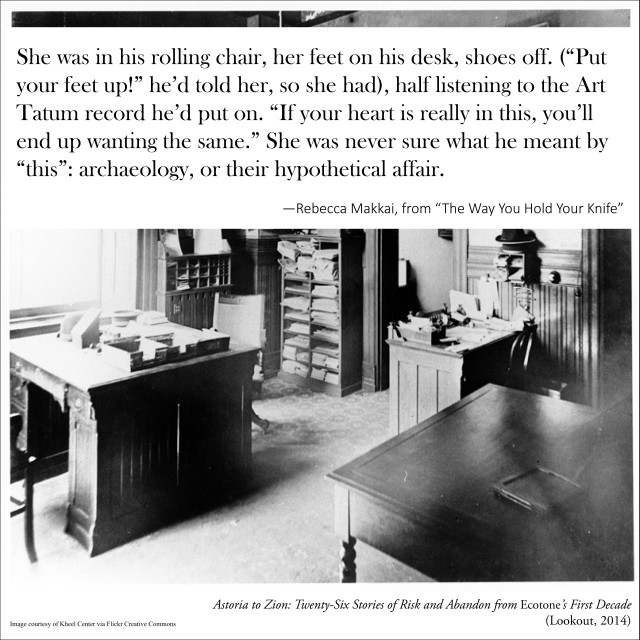 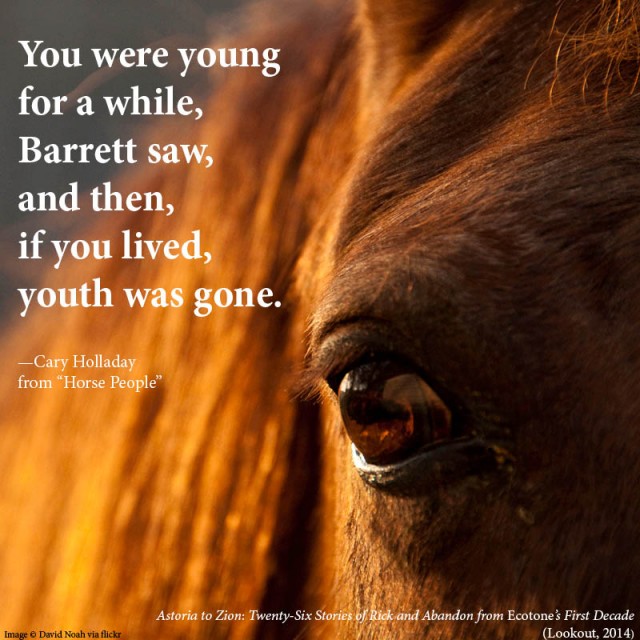 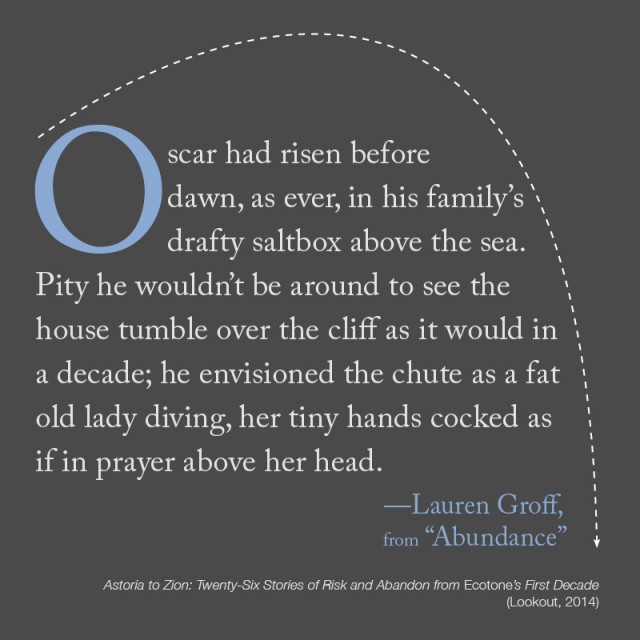 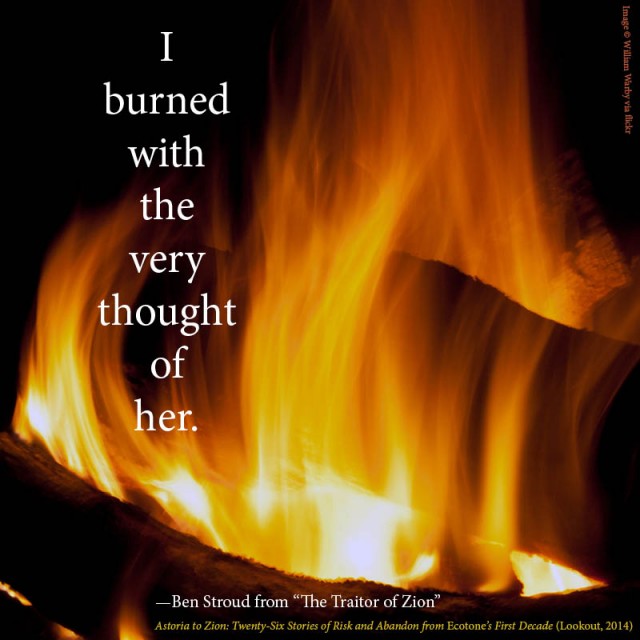 One thing I tend to dwell on while reading is language. An author’s language is his music; it carries the story across the page in rhythms, fluctuating in tempos between and within sentences. Language creates texture. So I was thrilled to read “Broadax Inc.” from Bill Roorbach, an author whose language has carried me before. Roorbach writes:

“We liked each other fine, had a nice lunch after the court date that had sundered our marriage, went home and made love for two hours (effects of wine)—we’d never lost our lust for each other, a kind of proof of the divorce: it wasn’t about your everyday death-of-sex issues, but about a lack of love between us. I don’t remember being sad, though I must have been.”

The reader feels the pile of language, compounding detail until the speaker evaluates himself. This piling guides the reader through the sentences, as the speaker moves through the ended marriage, until the evaluation is completed on a calm, but total, note. This stimulating use of language exists throughout “Broadax Inc.”

I read a lot of short fiction. I like most of it just fine. Someone’s marriage is in peril. Someone’s job is in peril. Something is said at dinner that sends all of the protagonist’s regrets and mistakes and losses bubbling up to the surface. The story ends and I’m more or less satisfied; I’ve been taken on a short trip into the lives of others by a competent and caring writer, someone acutely aware of life’s precious intricacies, someone with an eye for the things worth seeing, but that are so often overlooked.

But then I close the book or the journal and the story becomes nothing more than that generic three sentence summary I gave in the previous paragraph. The story is gone.

Kevin Wilson’s “A Birth in the Woods,” originally published in Ecotone 6.2, is no such piece of short fiction. It lingers. It demands your attention from the first line—“He had been warned that there would be blood”—and continues to demand it long after the final period. As an intern with Lookout and TA in UNCW’s Publishing Laboratory, sometimes I find my work overlapping. And if my work isn’t quite the same, I still operate within the same workspace for both jobs. So when Lookout takes a brief pause to celebrate Writers Week, the week in which UNCW invites national writers, editors, and agents to engage our community, I continue to head into the office to support the university. Here is how I do this: