At the close of this semester, students in the Lookout Books publishing practicum collaborated on a list of books that inspired them and their work throughout the term. To celebrate the final week of Asian American Pacific Islander (AAPI) Heritage month, we’re in turn sharing their recommendations with you. Once you’ve immersed yourself in these beautiful titles, we hope you’ll also read up on ways to stop the rise in hate against Asian American Pacific Islander communities.

Content warning: Please be advised that several book notes below include references to depression and suicide. 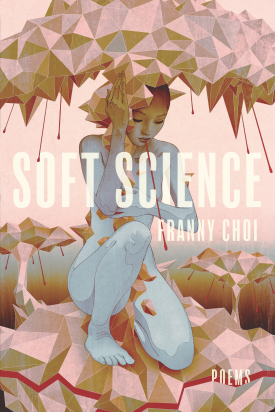 When I found Franny Choi’s sonnet series “Chatroulette” in BOAAT, I knew I had to read more of her work. In Soft Science (Alice James Books, 2019), her second poetry collection, there are cyborgs and androids, cephalopods and moon phases. These tender, violent poems explore how humans build community and identity, and search for love in the fluid and intersecting worlds of the natural and digital, the human and machine. Soft Science is essential reading for those interested in how human bodies and consciousness are affected by technology, and this collection is especially compelling now, amidst the backdrop of the pandemic and ongoing Zoom fatigue. Dianne Seuss calls Soft Science, “a crucial book for our time—perhaps the book for our time,” and I couldn’t agree more. 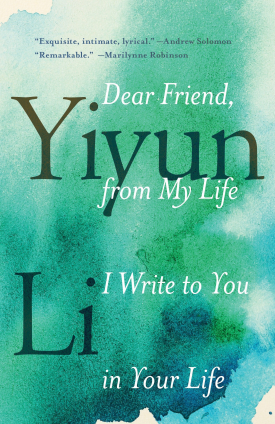 I was first drawn to Yiyun Li’s memoir Dear Friend, from My Life I Write to You in Your Life (Random House, 2017) because of its lyrical title but soon found myself copying quotes from its pages into my journal, struck by Li’s ability to capture inchoate feelings in beautiful, unsentimental prose. During a period of suicidal depression, Li contemplates what it means to live, using the letters and private writings of her favorite writers as guides. While this book doesn’t offer easy answers, I found a great sense of relief in reading the work of a writer who doesn’t pretend to know the way forward but continues anyway. Moving seamlessly among different writers and moments in her life, Li speaks to the reader like a close friend, creating a connection that is difficult to forget.

Order Dear Friend, from My Life I Write to You in Your Life here. 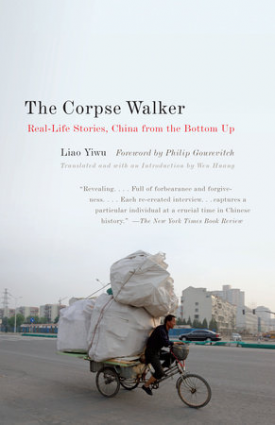 The Corpse Walker (Anchor Books, 2009),written by Liao Yiwu and translated by Wen Huang, is similar to Studs Terkel’s Working in that it collects interviews Yiwu conducted over many years (and several prison sentences) with those at the bottom of Chinese society. The result is an exploration of the effects of historical and systematic upheaval on its most marginalized members. The book surveys how lives, traditions, cultures, and beliefs bend to fit the status quo, and what happens when they don’t. The Corpse Walker was an engaging read for me because it frames History (capital-H) from the perspective of people whose voices might not otherwise have been heard. It’s also a miracle that this book was published at all. As a pro-democracy poet, Yiwu’s movements were highly scrutinized—he was blacklisted and imprisoned after writing a poem in protest of the Tiananmen Square massacre—and had to smuggle the manuscript out of China piece by piece. 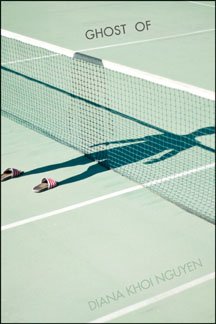 Ghost Of (Omnidawn, 2018) is a compelling, gut-punching collection of elegiac poetry. In this haunting book that explores a family in the aftermath of a brother’s suicide, the powerful form accrues through photographs—out of which the brother has cut himself before leaving them behind. Diana Khoi Nguyen’s voice is tender, raw, and vulnerable, guiding readers through a wave of emotions. 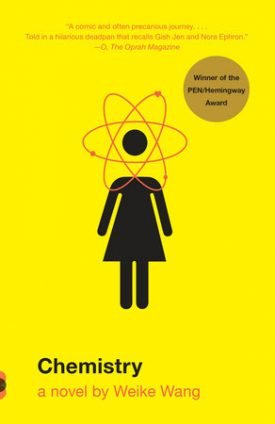 In Chemistry (Vintage, 2018), Weike Wang balances complexities of the human experience in such a lovely way, often contrasting science and proverbs. She uses images such as a dog barking at a fan to reveal emotion or internal conflict. “If she had cried, she has not done so in front of me,” Wang writes. “She has done so in the shower where it is hard to tell.” The unnamed narrator of Wang’s novel feels pressured to succeed by her family, about whom she has negative feelings. When she talks to her therapist about her mother collapsing after the death of her grandfather, though, the narrator says that she can’t fail her mother because she wants her mother to be happy. Illustrating complex relationships with loved ones, including these murky areas of human connection, is one of many areas in which Wang excels. 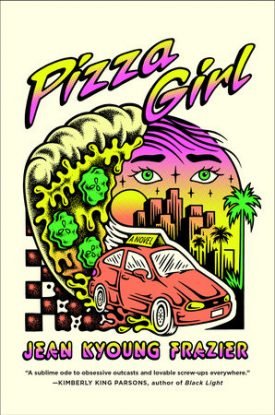 What first drew me to Jean Kyoung Frazier’s Pizza Girl (Doubleday, 2020) was its cover, which prominently features a vibrant, almost grotesque cartoon that seems stolen from a stoner’s fever dream. When I learned that the novel centers an eighteen-year-old, pregnant, queer, Korean-American slacker who’s bucking responsibility by delivering pizzas in Los Angeles, I found myself even more excited. Talk about intersectional heft. According to an interview with Electric Lit, Frazier wanted to interrogate the notion that “aimlessly fucking around is a specifically male thing.” 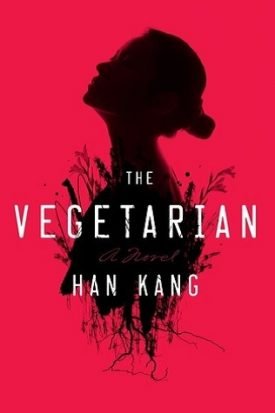 I stumbled upon The Vegetarian (Hogarth Press, 2016) by Han Kang in my quest for something darkly feminine. I adore books that center female rebellion, which this novel, originally published in Korean and later translated into English by Deborah Smith, does vibrantly. After a violent and disturbing dream, Yeong-hye refuses to eat any animal products. Her husband is incredulous to find his once docile wife cleaning the refrigerator of all meat. As Yeong-hye’s dreams become more violent, she retreats further into herself, away from friends and family. She’s increasingly desperate for those around her to understand what she’s experiencing, while those around her try to contain what they interpret as madness. The Vegetarian is as much a book about the toxic model and expectations of a “perfect wife” as it is about mental health and the desolation that can surround it.

Thank you to Lookout staffer Cheyenne Faircloth for compiling this list.