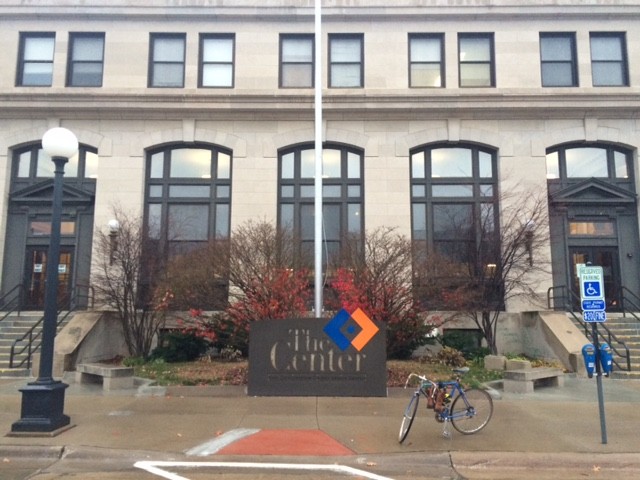 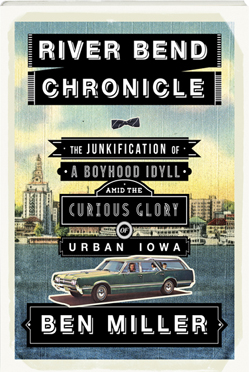 Happy Publication Day, Ben Miller! We are so proud!

At Lookout we’re anxiously awaiting the release of our first memoir, River Bend Chronicle: The Junkification of a Boyhood Idyll amid the Curious Glory of Urban Iowa by debut author Ben Miller.

In celebration we assembled gift boxes to bookstores, including a copy of River Bend Chronicle, a reading guide, a bow tie button, postcards, Ben’s personal map of Davenport attractions—and, perhaps most touching, a note straight from Ben’s Royal typewriter.

We drew on the wild, memorable, pop-culture saturated prose stylings of Ben Miller. The inside lid of the box features an excerpt from “The Reinvention of Ice,” a chapter in which Ben recalls a classmate’s father’s big American invention: a mail-order ice rink, complete with tarp and spikes. Just hook up the hose and wait for frigid conditions!

Best of all the boxes look like the mail-order ice rink as it’s described in “The Reinvention of Ice.” Check out a few photos of the process.

So get ready, bookstores—they’re coming your way this week! (And there’s a good chance you’ll see these items at AWP, where we’re debuting River Bend Chronicle!)