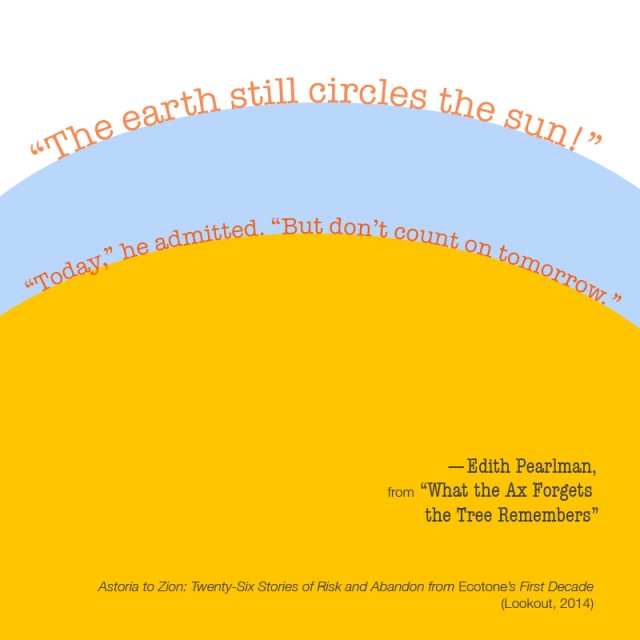 I first read Edith Pearlman’s “What the Ax Forgets the Tree Remembers” when considering it for the Abnormal Issue of Ecotone, in which it found its first home. I remember being excited by its boldness, made to feel uncomfortable at moments, and ready to fight for it to appear in the pages of the magazine.

At the time, I was twenty-three, in UNCW’s MFA program, and feeling a little out of my league. I was also dating a woman for the first time, and coming to terms with my sexuality. Reading Pearlman’s complicated characters felt almost essential to me, and the story’s ending stayed with me long after—a piece of wisdom I’ve often returned to.

The story follows fifty-year-old Gabrielle on a path of self-discovery after she uncharacteristically volunteers for the local chapter of The Society Against Female Mutilation, an organization that hosts testimonial-driven seminars in church basements and hotel meeting rooms. A petite and attractive woman, Gabrielle “was without her high-heeled shoes only in the bath.” Before her sudden philanthropy, her only responsibilities in life included her concierge job at The Devlin Hotel and the “half-crippled aunt back in Pittsburgh” she visits annually.