This week’s What’s Your Ecotone? comes from Stephen Siperstein.

I grew up in the suburbs of a large East Coast metropolis, and, in a rather clichéd move, fled to the mountains of Colorado immediately after college. I wasn’t running away from anything, but rather felt I needed to run toward something I had only ever really seen in John Wayne movies, on Sierra Club calendars, and on occasional vacations to Yosemite or the Grand Tetons. Eventually I felt a pull back—to family, and to urbanity—and returned to the East Coast to pursue a graduate degree. However, once back in the city, I felt anew the pull of the mountains, the pull of wildness. And so, soon after I finished my degree, I said goodbye to my family once again and headed West, but this time I continued all the way to the damp and verdant mountains of the Pacific Northwest.

It has always been like this—whether it’s my brain or my soul or my heart calling the shots, I am constantly pulled between urbanness and wilderness, between the human and the more-than-human world. While I could certainly do without the suburbs (and believe that the world could too), I am in love with both the wildness of the city and the wildness of the mountains, the forests, and the coastlines. My own ecotone is someplace between these two loves, and over time, I have learned that I don’t need to fret over the contradiction or untangle the paradox. I am lucky enough to now have access to both landscapes, and am hoping to establish an urban homestead in a small Pacific Northwest city where wildness lives in my own backyard in the form of chickens, opossums, hawks, ferns, and crabbed apple trees. Of course there’s that bigger wildness too—the one that resides in our collective backyard. It is that vast wildness that comes up to the doors of our human homes—be they in cities or suburbs or wild lands—and calls us out to play. 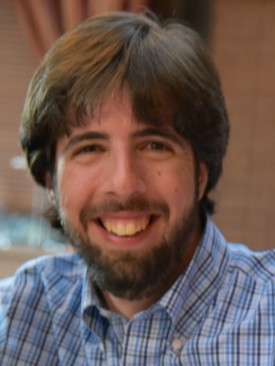 Stephen Siperstein is a poet, literary scholar, and environmental educator, and is currently a PhD candidate in the Department of English at the University of Oregon.  He is co-editing the forthcoming volume Teaching Climate Change in the Humanities with Stephanie LeMenager and Shane Hall, and his poetry has appeared most recently in ISLE and Poecology.  Follow him on Twitter: @ssiperstein.