Today in Seven Questions, we talk with Ecotone postgraduate fellow Sophia Stid. Sophia recently received the 2021 Lois Cranston Memorial Poetry Prize, from Calyx magazine, and the 2022 Sally Buckner Emerging Writers’ Fellowship, from the North Carolina Writers’ Network. Her micro-chapbook Whistler’s Mother was published by Bull City Press in October 2021. Her work has also been supported by fellowships from Vanderbilt University and the Sewanee Writers’ Conference, and her recent work can be found in Best New Poets, Poetry Daily, and Pleiades. 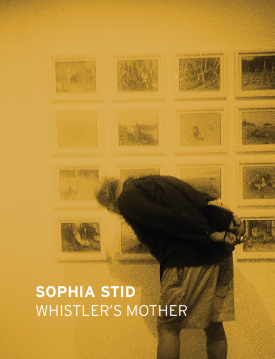 Sophia has worked on Ecotone for the past two-plus years, and was recently promoted to associate editor. Her keen editorial sensibility, and her equally keen attention to both place and the artists and writers who consider it, are a gift to the magazine. Though some on Ecotone’s staff may quibble with her choice, in the lightning round below, of pie over cake, her editorial and writerly decision making is indisputably exemplary—wise, nuanced, thoughtful, kind. We are lucky to have her as part of the Ecotone team. Editor Anna Lena Phillips Bell interviewed her in fall 2021.

As you begin your third year with Ecotone, what are you excited about in your work?

I’m really excited about the Climate Issue, which we’re putting together right now—and Ecotone 30, which will reach subscribers and newsstands in the next week. The questions we’re holding as an editorial team are difficult and important: how to walk with hope and grief and rage at once, how to work for change while mourning what we’ve already lost. Carrying these questions in community with our contributors has already shaped my thinking and my living.

What’s something you’ve discovered in editing that surprised you or helped your own writing?

I’m surprised by how often it seems that when I have questions for a piece of writing as an editor, the work itself will hold a phrase or idea that guides the editorial team through those questions. I’ve learned so much from that about trusting the work itself to teach me how to write it.