In Seven Questions, we interview writers, editors, designers, and others in publishing. Today, we interview Rachel Z. Arndt, whose essay “Wind” is forthcoming in Ecotone 25. She received MFAs in nonfiction and poetry from the University of Iowa, where she was an Iowa Arts Fellow and nonfiction editor of the Iowa Review. Her writing appears in Popular Mechanics, Quartz, Pank, Fast Company, and elsewhere. She lives in Chicago. Her essay collection Beyond Measure, comes out this week from Sarabande.

Your book, Beyond Measure, is an exploration of the rituals, routines, metrics, and expectations through which we attempt to quantify and ascribe value to our lives. Do you practice any rituals when it comes to your writing, and if so, what can you share with us about them?

I’m militant about the pens I write with: Uni-ball Vision Exact micro (in black). The problem is these pens were discontinued years ago, which I started to realize—and deny—the last year I lived in New York. Toward the tail end of that year, after I decided to move halfway across the country for grad school, I checked my Ziploc-bagged stash, saw I was running low, and went online. I scoured office supply stores, specialty writing utensil stores, and school supply stores. No dice. So I went to eBay and ordered maybe thirty of them. As long as they got me through school, I told myself, I’d be fine. They did.

I’m also pretty militant about my notebooks: blank 5-inch by 8.25-inch Moleskines. Lines distract me. Plus, I pride myself on being able to write in straight lines, a skill I’ve been perfecting since middle school math class. If the writing’s no good, at least it looks good.

These are, I realize, coping mechanisms for dealing with writers’ block and crankiness and off days when everything comes out clunky and abstract. They are coping mechanisms, that is, for the loss of control that’s inherently part of writing—a loss that’s strange, given nonfiction’s adherence to hard and fast facts, but a loss that makes sense when you think of writing less as translating the world to text and more as translating one’s experience of the world to text.

Where did you get the idea for your forthcoming Ecotone essay “Wind”?

I tend toward the abstract. So I made myself think of something tangible and, one afternoon after getting back from a windy Iowa bike-ride, stared out the window until a memory bubbled up that had a distinct beginning, middle, and end. 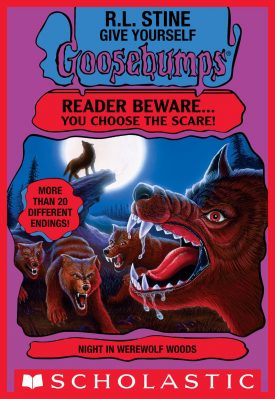 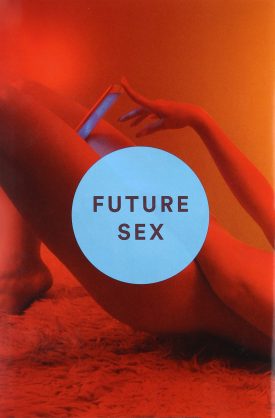 I wish I could say Future Sex, by Emily Witt, but that cover was just a bonus. More honestly, R.L. Stine’s Night in Werewolf Woods, which is one of those choose-your-own-adventure Goosebumps books. Since coloring in Pharaoh’s dog in my coloring-book Haggadah, I’ve had a soft spot for dogs with big teeth (I’ll ignore that I didn’t realize, apparently, that that Goosebumps “dog” is actually a werewolf).

You have a superpower: you can immediately give to every person on earth one piece of information. What is it?

As my dad says: Everything is mostly space.

What emerging author are you most excited about?

A friend of mine from grad school, Chloe Livaudais, writes beautifully about motherhood and being a daughter. Her metaphors and similes are shockingly astute and make me see the world—and the women in it—in new ways.

After emerging from the fugue of feverishly writing by hand nonstop for an hour or two, while flipping back through the ink-soggy pages, looking at what I’ve done but not actually reading it. (Later, when I type those pages, that confidence will slither away.)

Highlight or underline? Underline.
Ocean or mountains? Lake.
Hardcover or paperback? Hardcover.
Morning or night? Morning.
Dogs or cats? Dogs.
Text or call? Text.
Future or nostalgia? Nostalgia for the time that doesn’t exist when I wasn’t so worried about the future.

Thank you to Ecotone staffer Alexis Olson for her contributions to this interview.