This installment of On Location comes from Ecotone contributor Josh Emmons, whose story, “Nu,” appears in issue 15, and was a special mention in The Puschart Prize XXXIX. 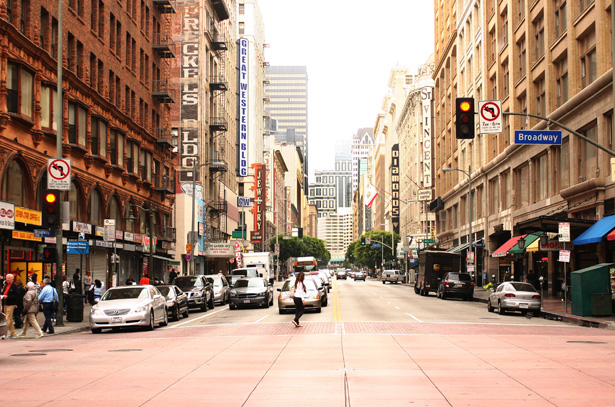 Growing up in Northern California, I considered Los Angeles to be the worst city in America, synonymous with smog, sprawl and superficiality, Alvie Singer’s cultural wasteland and “the big parking lot where you buy a hamburger for the trip to San Francisco,” as John Lennon put it. My friends and I called it Hell-A and avoided it as much as possible, although, like the common cold, it sometimes struck: I’d visit relatives or go to Disneyland or pass through en route to friendlier, less toxic Mexico. After college at an anything-goes moment, I followed a girlfriend there and lived for six months in the Los Feliz neighborhood, where its sun and asphalt and artificiality so depressed me that Elliott Smith’s suicide in nearby Echo Park a few years later made sense.

Following two decades living in San Francisco and New Orleans and Philadelphia, I moved back to LA in 2014 for work, hoping I’d be better able to accept the city’s endless ugliness as a blunted forty-year-old than I had been as an idealistic twenty-something. What I found, however, is that it is no longer a vast, unrelenting space devoted to cars and bad movies, but has made great strides in public transportation, density, art, green space, tacos and sustainability: the whole New Urbanism fantasy. When people now say, apropos of what’s happening here versus the Bay Area tech takeover, that “San Francisco is a utopia gone wrong and LA is a dystopia gone right,” they aren’t wrong.

I don’t want to get too boosterish, because Los Angeles still has the worst air quality in the country and attracts a lot of demi-creative narcissists and is too hot, but I live in a stately Art Deco building downtown, a few blocks away from the excellent Last Bookstore and Broad Museum and historic theaters on Broadway. I walk everywhere and meet people uninvolved with Hollywood and find corners of the city where nature is reasserting itself. All this might sound like a low bar to cross, but I’m encouraged that a city of four million people, like so many other cities in America and abroad, is trading in a bankrupt dream of single-family homes and eight-lane freeways for an expanded train system and high-rise residential buildings and public art.

I’ll probably never stop fantasizing about living in a more instantly appealing place—a New York or New Orleans or Paris—but for now I’m happy to be in one that’s come so far in so short period of time.