This installment of On Location comes from Ecotone contributor and Lookout author Clare Beams, whose collection We Show What We Have Learned was a recently named a finalist for the PEN/Robert W. Bingham Award and the Young Lions Fiction Award from the New York Public Library. 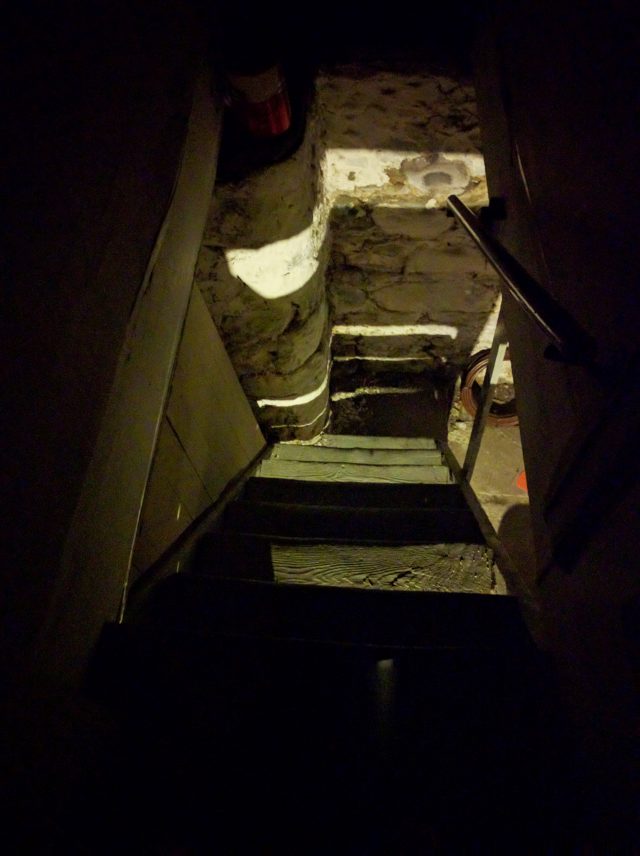 When we moved into our house in Pittsburgh, we found the contents of somebody’s life in our basement. Not the life of the man who’d sold us the house; this stuff appeared to have belonged (or to still belong?) to a woman who must have lived here too, maybe as a roommate, maybe in some other capacity. Among the things we found:

All piled in our dungeon-y, stone-walled basement, next to the Pittsburgh Potty—a toilet in the basement, common in houses built before 1950 or so, once used by the household help; ours doesn’t even have a curtain. All a little clammy to the touch.

From the start, we felt wrong about having these things. Whoever this woman was, wherever she was, she probably needed them. And we didn’t want them; knowing they were down there, under our feet all the time, made us feel like we were living with a ghost. We’d had contact with the house’s previous inhabitant only through his real estate agent, whom we called repeatedly to explain the situation and ask what we should do. What we heard was that the owner was gone, the real estate agent had no idea who this woman was, and everything that was left was ours to do with what we wanted. We didn’t want to do anything with it, was the trouble. The idea of cooking out of this woman’s pots, using her lamps to light up our rooms—it felt grubby, and disrespectful toward whatever misery had made her leave all of it behind.

After a while, we stopped asking. She would get in touch, we reasoned, if she wanted to. And a while after that, two years after we’d moved in, we donated everything to a charity that was willing to come and pick it all up off our front porch.

Basements fascinate and unnerve me—these spaces where we store the things we don’t want to look at. The basements in the houses I’ve lived in tend to show their age. The house we rented in Massachusetts, built in the forties, had one that at first seemed promising, like a room we could maybe use—except somehow squirrels kept getting into its ceiling, so that hollow caps of acorns would sometimes pile up ominously in the corners, like the hats of sad, absent elves. The house where I grew up in Connecticut, built in the 1730s, had a dirt-floored basement, smelled like earth, and was lined with shelves on which some enterprising person a half-century before had stored her preserves. Empty Ball jars stood there in my time, their lids reproachfully rusting. The basement of our current house, built in 1894, has raw-stone walls, and tiny insecure-looking windows, and much damp. Walking down into the basement of an old house is like walking back in—or down into—time. Upper floors get new coats of paint, new bathrooms, kitchens with running water and refrigerators. But when you stand at the house’s lowest point, the point where only mistakes and leftovers and seasonal decorations are stashed, you could be standing in 1960 or 1899 or 2017. The upper floors of the houses I’ve lived in feel like they belong to me. But their basements—when I go down there to put the broken stuff I mean to fix, the things my kids have outgrown—feel, to me, like I’m sharing them. The space, and its secrets, too, because where else do we put them but underground? And then, like seeds, sometimes they grow.

The questions this woman left in our basement weren’t as easy to cart up into the light as her belongings were. I think about her often, for a woman I’ve never met. What kind of life she might be living now, having left all of those things behind. I can’t quite stop wondering how so much of her ended up down there, in the dark, in the first place.