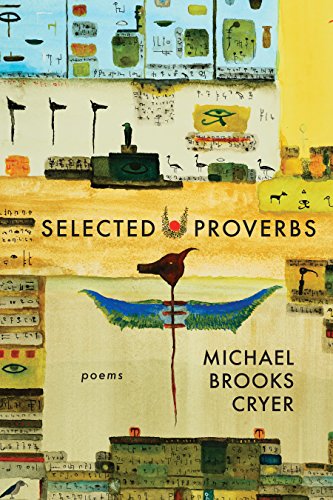 I was about to spend way too much money on a hotel room when I went back to Airbnb one last time to see if I could find something cheaper and closer than Miami. And I did find something. I booked a yacht! That’s right, suckers. I stayed on a yacht while you stuffed yourselves into a Days Inn with a twin bed and a crusty bedspread between the six of you. I’m not usually one to rub it in, but a yacht is pretty freaking cool.

That is, it would have been cool if when I arrived the owners had evacuated all the sewage that’d accumulated in the boat’s tanks after the last group to stay there had a giant pizza party.

How do I know there was a giant pizza party? I had a long conversation with the owner and his wife about using some kind of odor-devouring yeasts in response to the devastation. And that’s not even the best part of the conversation. It turns out that boats have a mechanism called a masticator that chews boat waste into a kind of slurry when you’re out at sea so that you can dump it in the water behind you as you sail to Bora Bora. Not only had they forgotten to evacuate the tanks, but that mechanism was left on and my yacht was chumming the bay the afternoon before I arrived.

I couldn’t help but laugh when, the day after I learned about the boat’s ulterior propeller, I was greeted by a giant revolving door at the Marriott’s entrance. The door spun at a consistently slow RPM, chopping masses of conference goes into smaller and smaller groups, expelling them out of the hotel. I think all AWPs should have rotating doors of this magnitude. Maybe speed it up a little.

It rained and blew a little Saturday night, and I laid in the boat and watched Tom Hanks in Road to Perdition, which is really a pretty movie, even if it misses for the same reason, while the boat rocked and was sprinkled with light rain.

The neon hospital sign across the bay would appear and disappear in the front windows of the boat—I recorded a video of it because, next to the gangster Tom Hanks moving on the screen anchored within the boat, the sign seemed like a surreal floating advertisement that had become unmoored and was now lost in the night sky.

After the rain stopped, I stumbled off the boat onto the dock—it got tricky when the tide was out and the distance between the boat and the dock grew considerably—and I walked a short distance from the boat to a restaurant that had transformed into a nightclub the evening before, keeping me up most of the night with a strange mashup of hair metal and what I think was Gloria Estefan.

I took a seat at the bar next to a young woman who had also been attending the conference, and we effortlessly chatted about our impressions. I started to feel a little lightheaded as we talked. I was starving, so I chalked it up to low blood sugar, possibly a flashback to the panic from the book fair. But this was a little different. I started to feel a little nauseated too. The bar seemed to be on a fulcrum, listing from one side to the next. I was seasick!

And now on the flight back, I just realized the woman sitting in the aisle seat to my left and one row up is writing a poem on her computer as we fly. I only realized this when she started adding line breaks to the block of text she had just written, turning her prose into poetry with a click of the mouse. Frank O’Hara’s line, “It is even in / prose, I am a real poet,” came to mind.

I’m wondering how many conference goers are doing the same thing as I write this. The same thing I’m doing. All of us on our planes somehow excited by what we’ve just experienced. Maybe she learned this technique in a panel this week. Write a paragraph and then chop it up! Run it through the masticator! Chum the world with your poetry! She probably has a workshop tomorrow. Her classmates will love it. They all have the same poem. The one on the airplane. The one with the boat in it.