I’ve worked at a local bookstore as long as I’ve known about UNCW’s Publishing Laboratory. They’re both small, independent, and full of people I want to be when I grow up. They both give loving homes to books that might be ignored at larger institutions. 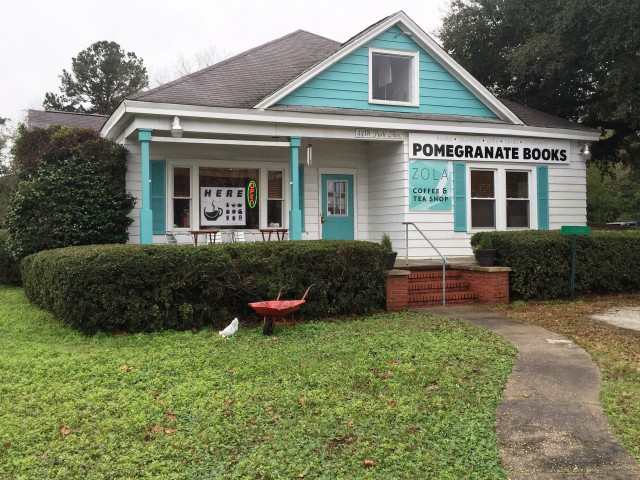 But here’s the thing about being small: it takes big effort. Huge, in fact. Let’s just go ahead and call it a gigantic labor of love. Small presses like Lookout compete with larger publishers before the book even makes it to the shelf (if it does that). Most indie publishers have limited budgets from which to offer authors advances for their manuscripts, and it’s not surprising that big numbers consistently compel great writers to sign with the big houses and their imprints.

Even when indie publishers bring great titles into the world (or, like Lookout, only one per year), it’s especially difficult for bookstores to sell the books of small presses. At Pomegranate Books, where I work, we often receive boxes of press kits and advance reading copies for the big books that big publishers want us to stock. Sure, we’d love to shelve every novel by our favorite indie presses, but will those titles move as fast as the mass-marketed books that everyone and their cousin want to read?

Pomegranate Books is small, but even for larger independent stores with more shelf space and more customers, there are different challenges to selling indie books. Trade publishers often offer volume discounts, or additional in-store advertising money to incentivize stocking and prominently displaying their books. So big-publisher books get coveted window display and shelf space even if a bookseller would prefer to give attention to her new favorite by an indie press. The New York Times wrote about this back in 1996, and it’s still a tiresome obstacle.

Instead of advertising money, Lookout offers gratitude to indie bookstores in the form of author visits, signings, and readings in their stores. At Flyleaf Books in Chapel Hill, Lookout’s publisher and editors tagged along with authors Steve Almond and Matthew Neill Null to offer free publishing workshops and to serve on panels after the authors’ readings. And Lookout celebrates indie stories such as Brookline Booksmith, which to date has sold almost six hundred copies of its first title, Binocular Vision: New & Selected Stories by Edith Pearlman! That collection found its way into the hands of hundreds more readers thanks to the generous support of booksellers at Harvard Book Store, Porter Square Books, and Politics & Prose, which hosted Edith Pearlman for one of her first public readings from Binocular Vision.

Millions of books exist in this world—in fact, I encourage everyone to purchase So Many Books by Gabriel Zaid, an exhilarating read published by another indie press, Paul Dry Books—but our store has fewer than five employees. Perhaps, if we had the time and human capital to dedicate regular hours to discovering new books by small presses, we’d be able to better hand sell their books. Instead, we struggle simply to stay up-to-date on the titles brought to our attention through large mailings and marketing budgets.

The better an independent press can convey its mission, purpose, and we-consider-every-little-detail attitude, the more inclined a bookstore’s owners and staff will be to share that appreciation for thoughtfully made books with their customers. It’s extremely difficult to verbalize or advertise that feeling, but Lookout serves as proof that it can work.

These five best practices from Lookout Books include things I wish I saw more of as a bookseller—from every press, big or small.

Lookout seeks works by emerging and historically underrepresented writers, as well as overlooked gems. Unlike large trade publishers, they aren’t beholden to stockholders or corporate owners, so they tend to be less motivated by profit margins. Bookstores know that they consider their publications works of art by literary artists, not just best-selling retail items (though they hope for that too!). 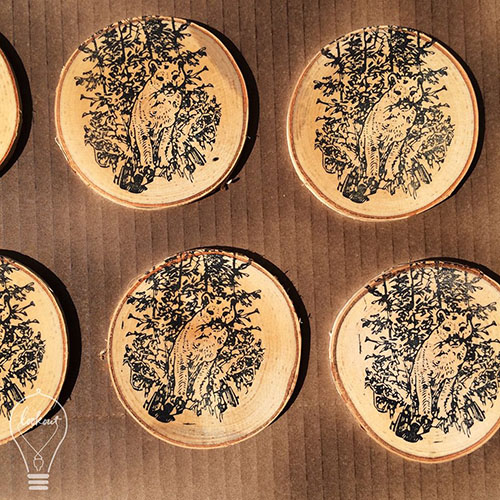 In developing media kits, Lookout makes or buys materials, when they can, from local or independent sellers. If a bookstore receives a promotional kit that includes unique, handmade materials, they’ll be more likely to give it attention. When Lookout staffer Anna Coe created coasters to celebrate the recent release of Matthew Neill Null’s Honey From the Lion, she ordered the wood slices from a supplier on Etsy and personally stamped and sealed every coaster!

Lookout loves fellow independent presses and tries to help sustain the literary culture by participating in conversations via blog posts (like this one!), interviews, articles, and social media promotions. In last week’s Lookout class, for example, we discussed the terrific recent New Yorker article about New Directions. For Valentine’s Day, staff member Kate McMullen posted this Instagram photo, which featured her favorite books by peer presses, big and small, next to Lookout’s titles. 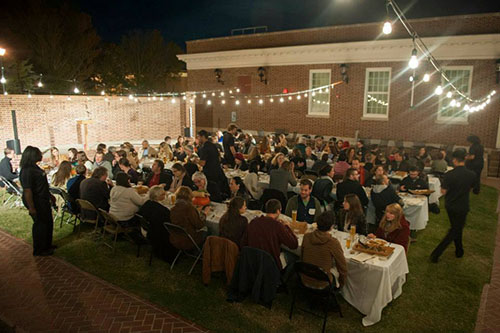 When Ecotone released its sustenance-themed issue (Issue 18, Volume 10.1), it hosted a farm-to-table supper with Feast Down East, a local nonprofit organization that connects small farmers with restaurants, schools, grocers, and hospitals. Pomegranate Books sold copies of books by the two speakers and Ecotone contributors, Alison Hawthorne Deming and Randall Kenan. By working with the community, both Lookout and Ecotone expand their reach and mission.

5.    Beautiful books
When designing covers for Lookout’s books, Publisher Emily Smith always tries to work with independent artists and illustrators. The cover for Steve Almond’s God Bless America features a custom illustration by Valero Doval, and for Ben Miller’s River Bend Chronicle: The Junkification of a Boyhood Idyll Amid the Curious Glory of Urban Iowa, she worked with illustrator and designer Matthew Kaven Brooks to create a cover that includes ephemera from the author’s childhood alongside a distinctive type treatment that appropriately highlights the memoir’s lengthy, wacky subtitle. Lookout’s jackets not only stand out on shelves, they further the imprint’s mission to bring attention to its interesting catalog of books and authors.