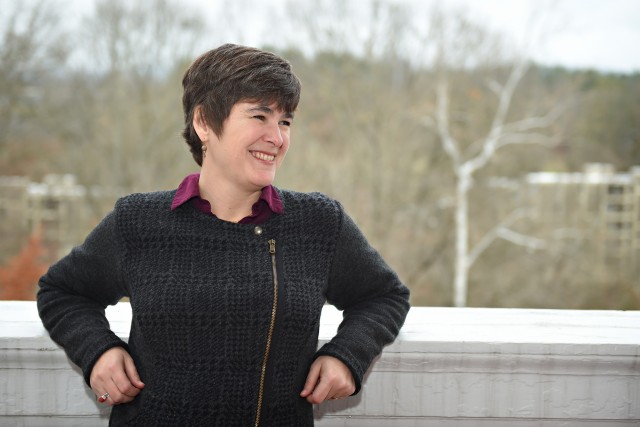 My title, Radioland, conjures an imaginary space, a community of solitary people joined by listening. In some sense, every literary world is imaginary—my New Zealand, though vividly present once, was always also a mental construction. My temporarily flooded, spider-haunted Virginia home, my Philadelphia VA Hospital, and my “staticky / passes of cold April rain” can now be accessed only through poetic fictions. As the Northeastern-suburbs-raised daughter of a Liverpool emigrant, I generally feel dislocated except while reading. All the more important, then, to get the commas right, so strangers can venture out unimpeded into the poems’ pocket universes.

Lesley Wheeler is the author of Radioland, Heterotopia, Heathen, and other books about unreal countries. Her poems and essays appear in magazines including Crazyhorse, Gettysburg Review, and Cimarron Review. Poems from Radioland can be read online in journals including Flyway, storySouth, Unsplendid, and Connotation Press. The Henry S. Fox Professor of English at Washington and Lee University, she lives and works in Lexington, Virginia, and blogs about poetry at lesleywheeler.org.